Manslaughter and homicide crimes are some of the most complex cases that are brought to Orange County courts, and an experienced Laguna Hills and Orange County assault and battery defense attorney may be the difference between life in prison and reduced charges. It may be hard for a jury to look past feeling sympathy for the victims of crime, which is why it’s important to hire a lawyer who is persuasive and commanding in a trial setting.

How Can a Laguna Hills and Orange County Criminal Defense Lawyer Help?

Being charged with a violent crime can be terrifying for defendants who do not know the ins and outs of the Orange County courts. Tackling a violent crime case is not an easy undertaking, and shouldn’t be left up to lawyers without experience. Our team of criminal defense attorneys has over 20 years of experience defending clients against criminal charges. Together, we will work to review your case, build a sound defense strategy and obtain the best outcome possible.
Manslaughter
Skilled Orange County manslaughter attorneys may be able to introduce one of these common defenses at your trial:

In some homicide cases, manslaughter is used as an actual defense in order to reduce the charges. Some defendants will try to argue that a murder was not pre-mediated and occurred in the heat of the moment, therefore warranting manslaughter and not homicide charges.

The prosecutor must be able to show that you acted negligently and as a result, someone was killed. Negligence is much more than just carelessness or poor judgment, so this is a difficult burden for them to prove.

Homicide
Of course, homicide cases are some of the most serious and intense of all legal matters. The outcome of the case could determine where a defendant will spend the rest of his or life, so every second matters in the courtroom. Laguna Hills and Orange County DUI attorneys may build a defense case using one of these common strategies:

Every violent crime could carry serious consequences for you and your loved ones, including lengthy prison sentences and large fines. The experienced attorneys at The SoCal Law Network understand the gravity of these situations after being in the legal system for over two decades. When you’re facing such grave consequences, trust the team of top-rated trial lawyers at The SoCal Law Network.

What are Common Violent Crimes?

The three most common violent crimes are manslaughter, involuntary manslaughter and murder/homicide.

The only difference between manslaughter and murder is that manslaughter occurs without â€œmalice aforethought,â€ meaning you did not have the intent to kill or complete disregard for human life, whereas with murder, you did.

Because manslaughter is a crime that occurs in the heat of the moment, if the prosecution can prove that you had a reasonable amount of time to cool off and think rationally between the argument and the crime, you may be charged with murder.

Involuntary Manslaughter
In order to be convicted of committing involuntary manslaughter, the prosecution must prove that you:

It’s important to know that if you killed someone while committing a violent felony, this would not be involuntary manslaughter, as the definition states it must be a nonviolent crime.

Homicide
Under California law, murder is defined as â€œthe unlawful killing of a human being or fetus with malice aforethought.â€ Although a murder charge may seem like it is straightforward, there are a few different levels of homicide, depending on the specifics of the case:

Violent crime defendants will be aggressively prosecuted in Orange County courts, so they should be prepared with a team of skilled and persistent trial lawyers from The SoCal Law Network. 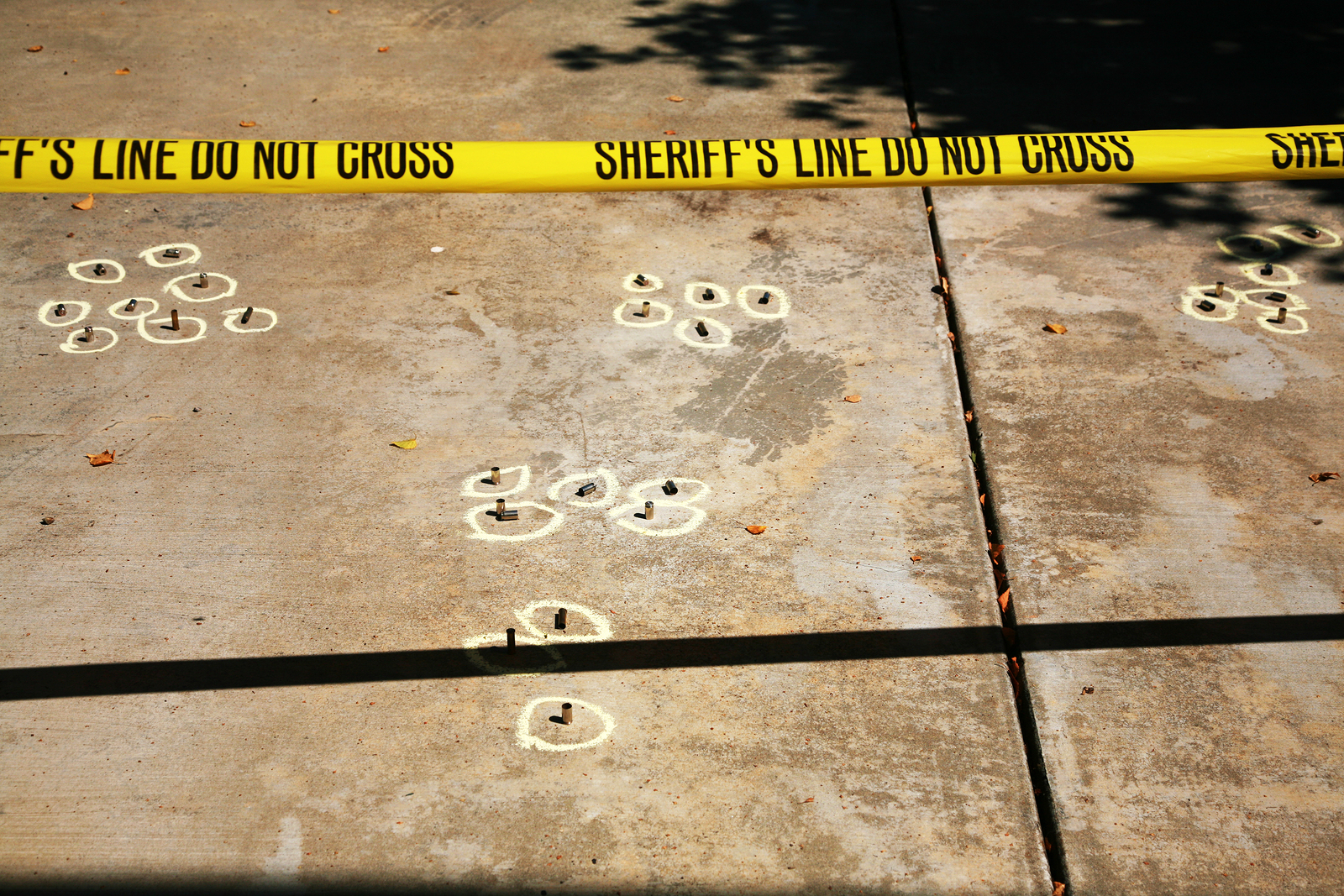 What are the Penalties for Violent Crimes?

Each of these charges deals with the loss of a life, so the penalties that you may face if convicted may be severe compared to other nonviolent crimes.

Manslaughter
Because manslaughter is a violent crime, there are a number of factors that may go into determining a sentence. Penalties that you may face if you are convicted of manslaughter include:

A manslaughter conviction also counts as one strike on your record in relation to the California three strikes law.

Involuntary Manslaughter
No matter the specifics of the case, involuntary manslaughter is always a felon in California. Penalties may include:

Homicide
Homicide or murder is perhaps the most serious of all charges that can be filed against a defendant. Penalties may vary depending on whether you were convicted of a first-degree, capital or second-degree murder:

Each of these convictions also serves as a strike on your record that counts against you for the California three strike law.

What are the differences between murder, homicide, and manslaughter?

How are murder-related cases investigated and what evidence is needed for conviction?

Murder investigations are done by homicide investigators who seek to interrogate suspects and witnesses, gather physical evidence, collect DNA evidence though forensic scientists trained in the collection of evidence, and by the acquisition of admissions and confessions.

How can a criminal lawyer defend against murder charges?

What is homicide justified?

Homicide is also justifiable when committed by any person in any of the following cases:

1. When resisting any attempt to murder any person, or to commit a felony, or to do some great bodily injury upon any person; or,

2. When committed in defense of habitation, property, or person, against one who manifestly intends or endeavors, by violence or surprise, to commit a felony, or against one who manifestly intends and endeavors, in a violent, riotous or tumultuous manner, to enter the habitation of another for the purpose of offering violence to any person therein; or,

3. When committed in the lawful defense of such person, or of a wife or husband, parent, child, master, mistress, or servant of such person, when there is reasonable ground to apprehend a design to commit a felony or to do some great bodily injury, and imminent danger of such design being accomplished; but such person, or the person in whose behalf the defense was made, if he was the assailant or engaged in mutual combat, must really and in good faith have endeavored to decline any further struggle before the homicide was committed; or,

When is self-defense an acceptable defense?

When the facts demonstrate that the murder was as a result of an act of self-defense.

When should you hire a lawyer when facing murder, homicide or manslaughter charges?

Anytime you are charged with murder, homicide and/or manslaughter charges, you should hire a skilled and experienced criminal defense attorney.

What to look for in an attorney for a murder, homicide or manslaughter charge?

Look for an assault and battery lawyer who has experience in defending those charged with such a crime.

Life in prison or the death penalty; not to mention an impact on the person’s ability to obtain employment, immigration status, voting rights, financial aid, government benefits and result in a jail or prison sentence.

Have you or a loved one been charged with committing a crime of violence? Contact the team at The SoCal Law Network to speak with a highly skilled Laguna Hills and Orange County criminal defense lawyer to defend you against the charges. Call 949-305-7995 to schedule a free consultation with our assault and battery lawyers today.