The laws that regulate possession of firearms and weapons in California are filled with restrictions, exceptions and complications, making it hard for citizens to understand what is legal and what’s not. If you find yourself charged with unlawful possession of a weapon or firearm, don’t try to fight these complex charges without the help of an experienced Laguna Hills and Orange County assault and battery defense lawyer. Call 949-305-7995 to schedule a free consultation with The SoCal Law Network today.

How Can A Laguna Hills Weapon Charges Lawyer Help?

The sooner you contact an Orange County gun lawyer to take on your case, the better. Lawyers will be able to thoroughly review the details of the case against you to develop a defense strategy that may help reduce charges. Although each unlawful possession of a firearm or weapon is unique, some of the most common defense strategies include:

What Constitutes Unlawful Possession in California?

In California, the majority of adults are allowed to own a firearm without a license. However, the following individuals are not legally allowed to carry a firearm:

You may be charged with unlawful possession of a firearm if you:

The Felon With A Firearm – law in California states that convicted felons, drug addicts and those convicted of specific misdemeanors cannot own or carry a gun. Federal law expands the prohibited groups to also include illegal aliens, anyone under court order with a stalking charge, fugitives and military members who have been dishonorably discharged.

The Carrying a Concealed Firearm – law states that it is illegal to carry a concealed firearm on you or in your vehicle.

California also regulates the possession of guns in specific places. Firearms are prohibited on or near schools, government buildings, airports and public transit facilities.

Besides these laws regulating the possession of firearms, California also has a complete ban on certain weapons including:

Unlike firearms, no individuals are permitted to carry, possess, sell or transfer these weapons in the state of California.

California residents can carry or possess assault weapons and rifles as long as they have a permit to do so.

Other weapons that are regulated under California law include stun guns and laser pointers. Stun guns can be legally carried as long as the individual is not a convicted felon in any jurisdiction or has not been convicted of a crime related to a stun gun. It is illegal to point a laser pointer at someone else in a threatening manner unless you are doing so in self-defense.
Because of the many rules restricting the concealed carry and ownership of firearms and weapons, it’s essential that you consult with lawyers to assist you with your case. 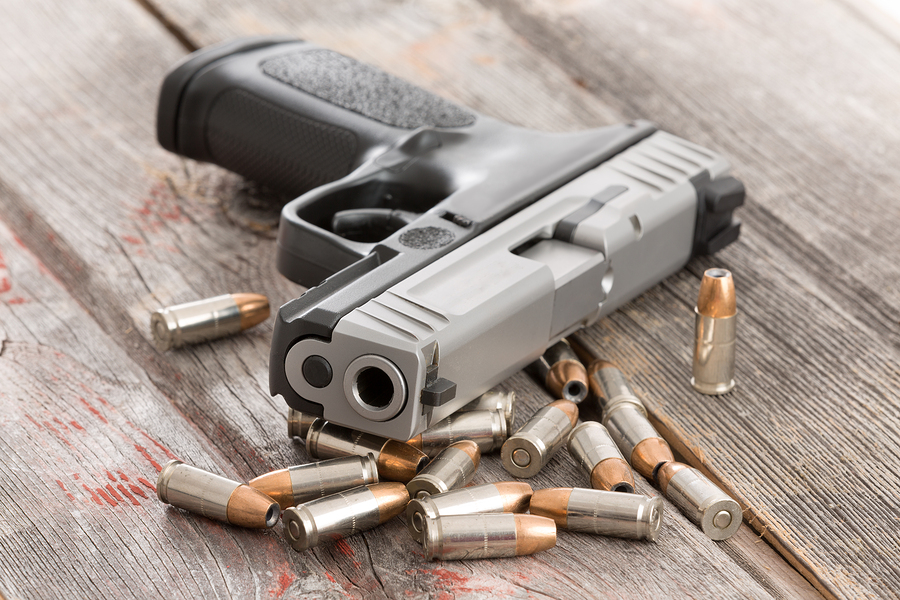 What crimes count as weapons crimes?

Any crime involving the use of weapon.

Are weapons crimes considered a misdemeanor or felony?

A weapons crime can be either a misdemeanor or a felony.

What is illegal gun possession?

Possessing a gun without a permit or if you are not legally permitted to possess a gun and you have a gun.

What are illegal weapons in the U.S.?

There are numerous illegal weapons in the U.S. and it varies from jurisdiction-to-jurisdiction.

Can you be arrested for possession of a loaded firearm while intoxicated?

Yes, and this can be used to increase a misdemeanor to a felony by virtue of the weapon.

Do weapons enhance or increase other criminal charges?

Yes, and can, in fact, increase a misdemeanor to a felony by virtue of the weapon.

What are the Sentencing Guidelines for Weapons Crimes?

Because there are so many different circumstances surrounding unlawful possession of weapons and/or firearms, the penalties greatly differ from case to case.

If you are convicted of violating the felon with a firearm law, your gun rights could be revoked from anywhere between 10 years to life.

Typically, a violation of the carrying a concealed firearm law is a misdemeanor where you may face up to one year in jail and a fine of up to $1,000. However, in some circumstances, this charge could be a felony if:

In these scenarios, the felony charge could warrant a sentence of up to three years in county jail and a fine of up to $10,000. The same guidelines apply to a violation of the carrying a loaded firearm law, since the two are so similar.

Besides the jail sentences and monetary fines, other consequences that may result from a firearms or weapon conviction include:

Have you or a loved one been charged with a weapons crime? Are you concerned you may go to jail? Contact the team of weapons and criminal defense attorneys at The SoCal Law Network. Our highly skilled Laguna Hills and Orange County DUI attorneys will defend you against the charges. Our lawyers will work diligently to get the best possible outcome for you. Call 949-305-7995 to schedule a free consultation today.